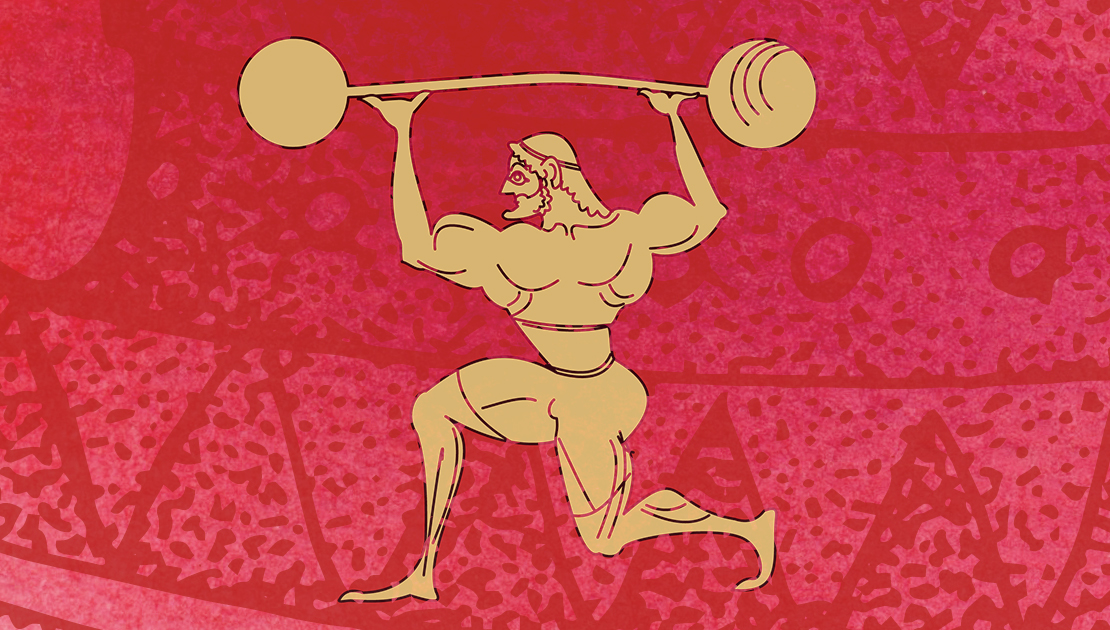 Your Civic Duty to go to the Gymnasium

The gymnasium was more than a training ground for martial activities or a place to exercise nude. Itis one of the oldest institutions in Western history. As Eric Chaline, the author of Temple ofPerfection: A History of the Gym explains:

The gymnasium’s 2,800-year history places it among the oldest human institutions: it predates the foundation of the Christian church by eight centuries and of representative parliamentary democracy by 2,500 years. ( Note: Chaline, Eric. Temple of Perfection: A History of the Gym (p. 7). Reaktion Books)

Before the advent of democracy and Christianity there was the gymnasium, an institution for the training of physical, moral and philosophical wisdom.

The ancient Greeks looked at the gymnasiums very differently then we moderns do. “But perhaps we should begin with an unfamiliar notion. What if gymnasium attendance was deemed one of the normal obligations of citizenship – like paying tax?” asks classicist Nigel Spivey. (Note: FT Spivey, Nigel. The Ancient Olympics (p. 32). Oxford University Press. Kindle Edition).

For us moderns a gym is an optional membership club where we can go to exercise. Only 20% of Americans are members of a gym. And most of those paying members don’t even attend. Research in 2018 showed that “63% of [gym] memberships go completely unused.” (Note: stats IHRSA, Hustle Article: Latest Data and The Hustle: Gym Membership Costs )

Citizens of the ancient Greek polis’ were expected to go workout. The famous playwrights, poets, politicians and philosophers that created the glory that was ancient Greek culture all were members of a gymnasium. Training at the gymnasium was a pre-requisite to be a good citizen. A good citizen was virtuous in body and mind. For the Greeks, training wasn’t a lifestyle choice; it was their civic duty.

To say that the city-states of Classical Greece expected everyone within their walls to maintain rigorous levels of physical fitness is an over-simplification. But it is not unrealistic to imagine that many of the ‘big names’ who come to mind from Classical Greek history and culture probably spent some time each day exercising in the precincts of a gymnasium. Sophocles was a successful writer, Perikles a busy politician, and Socrates a committed philosopher – but it is unlikely that any of them neglected his regular workout. (Note: Spivey, Nigel. The Ancient Olympics (pp. 32-33). Oxford University Press. Kindle Edition.)

There was also an enduring connection between liberty and the gymnasium. It was a place where freemen “trained of their own accord – not least to fulfill their responsibility to stay fit for military service, which was understood as the primary means for protecting the community’s liberty.” (Note: Reid, Heather. Olympic Philosophy: The Ideas and Ideals behind the Ancient and Modern Olympic Games (p. 170). Parnassos Press – Fonte Aretusa. Kindle Edition).

The Greeks needed the strength and skill in order to maintain the city-state’s liberty.

Gymnasiums were an integral part of Greek culture and society. Along with the market-square (agora) and council-house and the council-house (bouleutêrion), it was one of the most recognizable feature of the city-state (polis). (Note: Spivey, Nigel. The Ancient Olympics (p. 34). Oxford University Press. Kindle Edition.). In fact, gymnasia became a fundamental aspect of Greek identity. “Over the course of time, because athletics became so fundamental an aspect of Greek identity, the very presence of a gymnasium would define a city as being Greek or Hellenized,” explains Robin Waterfield.

The Book of the Maccabees, a series of books contained in various canons of the Bible, shares the story of the leaders of the Jewish rebellion against the Seleucid Empire. The Maccabee were rebelling against the ruling Seleucid dynasty, which was a Hellenistic kingdom founded by one of the generals of Alexander the Great. The Maccabees criticized their fellow Jews who wanted to adopt the Greek culture and abandon their faith, symbolized by building a gymnasium: “And they built a place of exercise [gymnasium, in the original Greek] in Jerusalem according to the laws of the Gentile.” (1 Maccabees 1:14). In the neighboring Hellenic kingdom of Ptolemaic Egypt, one of the ways that Greeks were referred to was ‘the people of the gymnasium.’ (Note: Waterfield, Robin. Olympia (The Landmark Library) (p. 59- 60). Head of Zeus. Kindle Edition.).