What is an Athlete 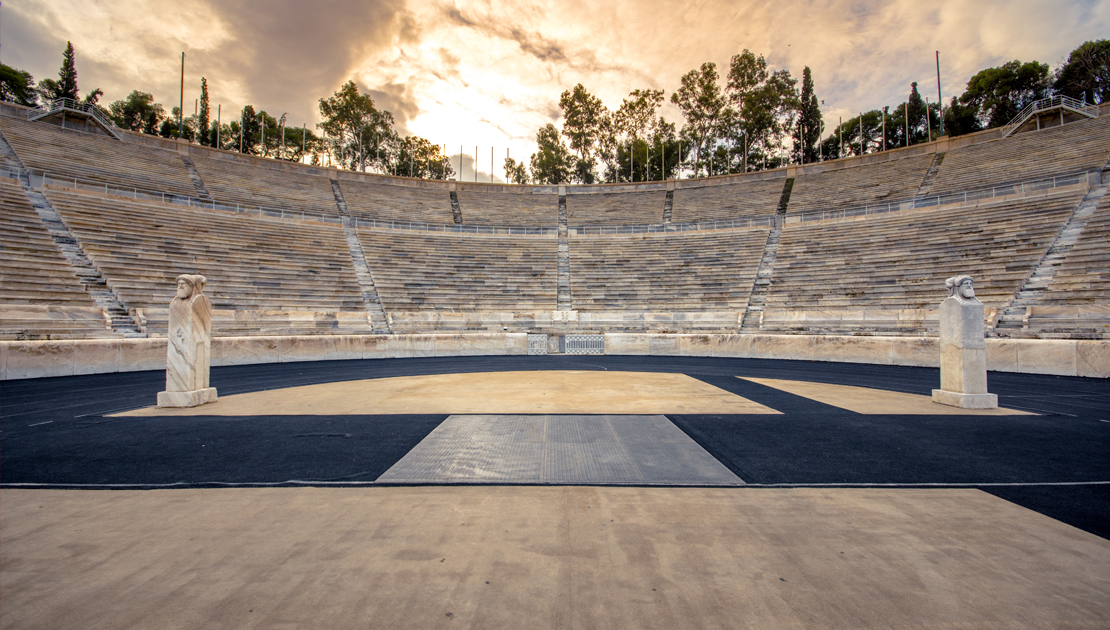 To Suffer and Struggle for the Prize

If you do [want to win at Olympia], you will have to obey instructions, eat according to regulations, … exercise on a fixed schedule at definite hours …. you must not drink cold water nor can you have a drink of wine whenever you want. You must hand yourself over to your coach exactly as you would to a doctor. Then in the contest itself you must gouge and be gouged, there will be times when you will sprain a wrist, turn your ankle, swallow mouthfuls of sand, and be flogged. And after all that there are times when you lose. ~ Epictetus, Discourses

What is an athlete?

As we begin our journey to learn modern lessons of high performance from the original Olympic athletes, we need to understand the meaning of the word. A brief look into etymology – the history of words – provides surprising revelations about the original meaning of an athlete. This reveals not only the unique perspective the ancient Greeks had on these original athletes but helps us embrace and embody the proper identity for our growth.

The English word athlete is the romanization of the ancient Greek word athlētēs (in Greek άθλητὴς). Like most of the Greek words in our modern vernacular, athlete is the product of rendering non-Latin words into a Latin style. As the ancient Romans conquered Greece, they integrated the Greek culture and their vocabulary. Our modern English language has many of these Latinized Greek words and athlete is one example. Today’s dictionaries will define athlete in similar ways: a participant in a group of sporting activities or a person trained in these sports, exercises or games. That seems to coincide with our modern understanding of an athlete. But it’s not what the Greeks meant in their original definition. We should start by taking guidance from the original creators of the word. That’s where etymology helps. The ancient Greek athletes idolized the divine hero Hercules (romanized from the Greek Herakles). Hercules was arguably the greatest of Greek heroes. The Greeks knew him from many adventures, especially his labors. These were difficult feats or challenges he was forced to do as penance for upsetting the gods. If he succeeded he would be granted immortality by the gods of Olympus. British classicist Nigel Spivey explains how trying to be like Hercules reveals how ancient Greek athletes thought of themselves:

But there was a sense in which every Classical male athlete strove to be a second Herakles, undertaking to train and compete as if facing up to the trials of nightmarish persecution by one monster after another. Greek parlance acknowledged this by letting the noun athlon (or athlos) connote any sort of fight or contest, with the verb athleuo meaning not only ‘I take part in a contest’ but ‘I suffer’. On the positive side, the same cognate term implies that such suffering is not for nothing: with athlos also meaning ‘prize’, the expectation of reward is firmly attached. So Herakles, at the end of his hard-fought and heavily afflicted life, gained the greatest prize of all – elevation to immortal rank, joining the Olympian gods.
Spivey, Nigel. The Ancient Olympics (pp. 75-76). Oxford University Press.

From the ancient Greek we find three different words which combined created the original
meaning of athlete.

We can combine these concepts and create a more accurate meaning of athlete:
to suffer and struggle in a contest for the prize.

We see the ancient meaning of athlete is much more aligned to how modern competitors see themselves and their endeavors. Today’s athlete would read the opening epigraph of Epictetus – the famous Greek stoic philosopher – and nod wholeheartedly in agreement. Rather than only “participating’’ in a sport, as our modern definition would have it, today’s athlete would acknowledge Epictetus’ instruction to “hand yourself over to your coach exactly as you would to a doctor,” and “eat according to regulations, … exercise on a fixed schedule at definite hours.” And there would be struggle: “you must gouge and be gouged, there will be times when you will sprain a wrist, turn your ankle, swallow mouthfuls of sand, and be flogged,” clear references to the combat sports of the Ancient Olympians. And all this suffering with no guarantee of the prize: “And after all that there are times when you lose.” Before our modern conceptions of high performance through mental toughness and managing stress, the ancient Greeks understood the real meaning of an athlete: the struggle in a contest for the prize.