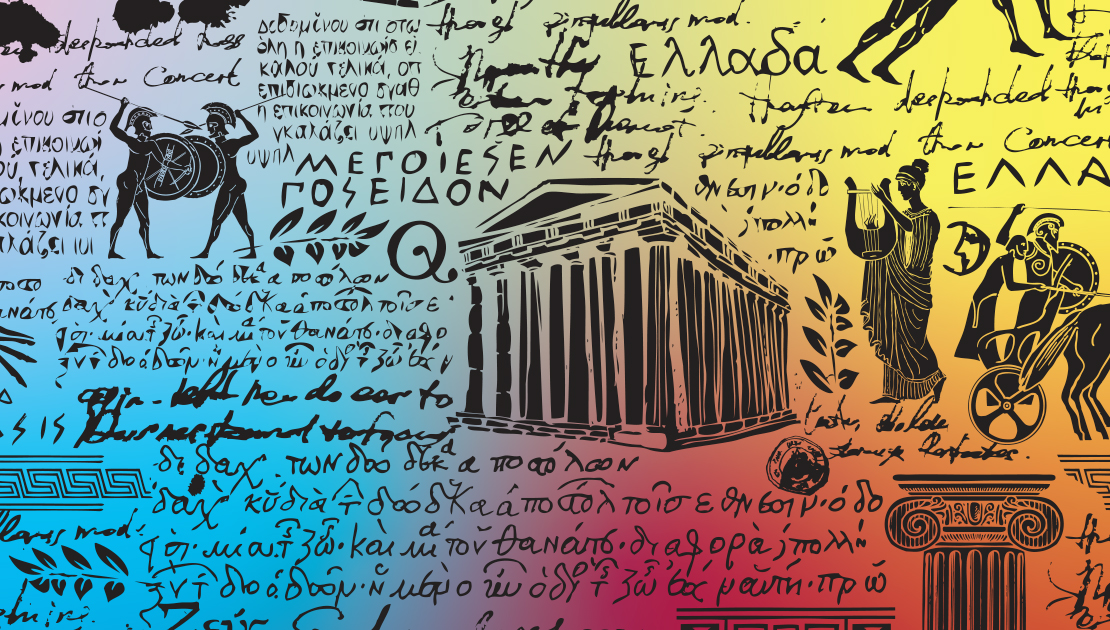 There are many other things one can see or hear about among Greeks which are worthy of amazement. But the things done in Eleusis, and the agon in Olympia, these have the greatest share of divine attention.
– Pausanias 5.10.1, quoted in Athletics and Literature in the Roman Empire, Jason Koning

What were the events at the ancient games?
With our understanding of the modern Olympics we won’t be surprised to learn that athletics was a key component of the original games. What we now call Track &amp; Field – athletic contests of running, jumping and throwing – was created by the first Olympians. And none of us would be surprised to learn that the first combat sports – like boxing and wrestling – were also part of the ancient Olympic games. But horse racing was also part of the games: chariot and individual horse races. Most surprising, competition didn’t only occur physically but also artistically. Two of the four festivals (the Pythian and Isthmian Games) had music competitions.

Looking at the totality of the panhellenic games we can group the competitions in to three
broad categories:

Calling the first festival “Games” in the beginning was quite generous. In the beginning there was only one event – a foot race called the stadion, which was equivalent to a 200-meter sprint. In fact, it was the only event for the first 13 Olympiads (a period of 52 years). Why the prominence of sprinting? Legend has it that the first athletes competed to see who could light the torch in honor of Zeus first. The Greeks found it natural to combine religious piety and competitive excellence.

It wasn’t until 648BC – 128 years after the founding of the games – that the complete Olympic program existed. Here is an overview of the progression the different events.

(Note: Paul Cartledge, The Greek religious festivals, 108)
These nine events would be part of the Olympic program until the games were closed in 393 AD. This is not to say that the Greeks didn’t experiment and add (and remove) other events during the games long, illustrious history. In 616 BC events for boys (ages 12-18) were added when boxing for the youth was part of the program. The Greeks also innovated with the horse games. They had races for mares, a mule-cart race (both which were later discontinued) and added two-horse chariot-races along with chariot-races only for colts.

The most surprising discovery for ancient athletic fans is the inclusion of music competition – mousikos agon. To be sure, these events weren’t part of all four PanHellenic athletic festivals. The games at Olympia never featured music competitions. But for the Pythian and Isthmian Games, these artistic events were an integral part of the program. One of the most preeminent historians on ancient athletics, Stephen G. Miller, warns us that the evidence for the musical contests ‘is much more limited than for either the gymnikos agon or the hippikos agon.’ But the evidence is there. This is the reason there are theaters at Delphi (Pythian Games) and Isthmia but not in Olympia. Music events where added to the Nemean games when they were transferred to Argos, which had a theater. (Note: Ancient Greek Athletes, Miller, 82-83)

The two main competitive musical instruments were the lyre and the flute. Lyre singing (kithara in Greek) was the most well-known of the musical events at Delphi, where singers played hymns in honor of the festival’s patron god Apollo. At the first Pythian Games in 586 BC, flute singing (aulos in Greek) joined the lyre. Surprisingly, the winner of the flute competition at the Pythian Games was rewarded the honor of performing at the pentathlon competition at the Olympic games. It appears to be the only connection of the music games that historians know of at Olympia. (Note: Ancient Greek Athletes, Miller, 83)