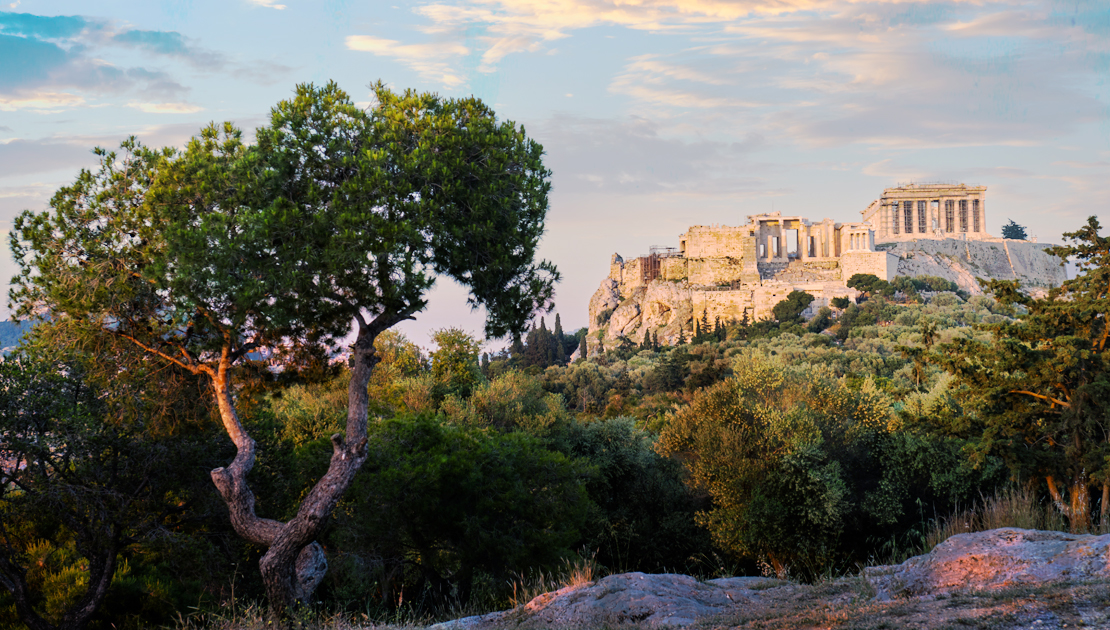 Leader’s Exercising their Body and Soul

Plato’s gymnasium was designed to train beautiful souls in strong athletic bodies, and to dedicate them to a civic ideal of unity rather than strife. – Heather Reid

Let’s look at the most well-known of Greek gymnasiums – the Academy – and the training program and influence of its famous headmaster and philosopher – Plato.

The original Academy, Akadēmía in Greek, was a gymnasium and a grove of trees outside of Athens where Plato taught. The name was thought to be given in honor of its founder, the Attic hero Akademos. In ancient Athens, the Academy was one of three great public gymnasia. The other two were the Lyceum (where Aristotle taught) and the Cynosarges (where another student of Socrates, the philosopher Antisthenes, instructed).

Of course, ‘academy’ and ‘gymnasiums’ have very different connotations in our modern world. Our word academy has come to mean an institution for the study of higher learning.  ‘The academy’ also means a society of learned people who see to advance sciences, the arts and literature. Even the word ‘gymnasium’ is preserved in its original form for educational purposes. In Greece today, and in much of northern Europe (like Germany, France and the Netherlands) gymnasium and lyceum refer to secondary schools. Notice the description in Colliers Encyclopedia from 1921:

The three great gymnasia of Athens were the Academy, where Plato taught; the Lyceum, where Aristotle labored; and the Cynosarges. In this connection it is easy to understand the transference of the name to educational institutions. The German gymnasium is an upper school where instruction is carried on largely by means of the classical tongues, preparing its pupils for the university, and corresponding roughly to the grammar and public schools of England and the grammar and high schools of Scotland. (Note: Colliers Enclyclopdia,

As we’ve seen, the gymnasiums were not only for competitive athletes but were used by all the (free) citizens of Athens: politicians, poets, generals, playwrights and even philosophers. Especially philosophers like Socrates.

One of the common themes of Plato’s dialogues, who feature his mentor Socrates as the main character, is how many of them take place at or near a gymnasium. In Euthydemus, Socrates is with pankratiasts at the  gymnasium of Lyceum; In Euthyphro, the like-named protagonist asks Socrates, when he meets up with him at the steps of the courthouse, why is he not as his usual place: the Lyceum. And Plato sets the dialogues of Charmides and Theaetus at a paleastra (wrestling school) and gymnasium, respectively. (Note: Reid, Heather L.. Athletics and Philosophy in the Ancient World (Ethics and Sport) (p. 43). Taylor and Francis)

Why does Socrates so frequently hang out by the gymnasium?

Surely, he was a member of one of the public gymnasiums.  We can imagine Socrates grappling with other Athenians as part of his daily workout. And we know he must have had military training to develop his skills as an infantry solider (hoplite). Socrates fought shoulder-to-shoulder with his fellow Athenians in the phalanx in three battles during the Peloponnesian war: Potidaea, Delium, and Amphipolis. Socrates embraced the way of the hoplite!

The young men that Socrates wanted to mentor where also members of gymnasiums.  This is where the Athenian youth, who Socrates was convicted of corrupting, would all hangout.  His goal was to win them over to the path of wisdom through philosophy.

Where Socrates was at the gymnasium to philosophically wrestle, Plato transformed this Greek institution to a center of holistic training for the future leaders of the polis: philosopher-kings who he called guardians.

By bringing philosophy into the gymnasium, Plato did not seek to replace physical exercises with intellectual ones; as we have seen, he regarded both gymnastics and dialectic as effective training for the soul. Rather, he sought to revolutionize the gymnasium’s traditional educational functions. Conventional ideas about military training, physical beauty, homoerotic relationships and gender segregation were all reinterpreted in Plato’s thought, and most likely in his Academy. (Note: Reid, Heather L.. Athletics and Philosophy in the Ancient World (Ethics and Sport) (pp. 56-57). Taylor and Francis. Kindle Edition)

Plato wasn’t the first person to combine philosophy and gymnastics. The Athenian orator Isocrates, a close acquaintance of Socrates, explained that philosophy and gymnastics were “twin arts – parallel and complementary – by which their masters prepare the mind to become more intelligent and the body to become more serviceable, not separating sharply the two kinds of education, but using similar methods of instruction, exercise and other forms of discipline.” (Note: Isocrates, Antidosis, 182, as quoted in Athletics, Gymnastics and Agon in Plato, edited by Heather L. Reid, Mark Ralkowski, and Coleen P. Zoller, p5).

But the common view of the ancient Greeks was that exercise served only to strengthen the body. Plato was unique in rejecting this idea. He declared that exercise served to strengthen the soul. In his most famous philosophical dialogue, the Republic, Plato develops a training program for the city-state’s leaders. He has Socrates, as his main protagonist, explain to Glaucon (Plato’s brother) what this looks like.

He’ll work at physical exercises in order to arouse the spirited part of his nature, rather than to acquire the physical strength for which other athletes’ diet and labor.

It looks as though they established both [education in music and poetry and in physical training] chiefly for the sake of the soul. Republic 410c (Note: Translated by G.M.A. Grube, revised by C.D.C. Reeve, Plato: Complete Works)

Physical training combined with the art of the muses produces arete. The Greek word for music, mousike, literally means the ‘art of the muses.’  The muses were the goddesses of “music,” not just in our modern understanding of the word but in a broader artistic conception. They were the inspiration for literature, arts, poetry, lyric songs and myths that were for centuries passed down in ancient Greek culture.

Here arete is understood as virtuous health and harmony of the soul. Like the physical health of the body, virtue requires exercise. Socrates and Glaucon continue their dialogue on this important Platonic concept:

Glaucon: What effects are you talking about?

Socrates: Savagery and toughness in the one case and softness and overcultivation in the other.

Glaucon: And mustn’t the two be harmonized with each other?

Glaucon: And if this harmony is achieved, the soul is both moderate and courageous?

Glaucon: It seems, then, that a god has given music and physical training to human beings not, except incidentally, for the body and the soul but for the spirited and wisdom-loving parts of the soul itself, in order that these might be in harmony with one another, each being stretched and relaxed to the appropriate degree.

Socrates: Then, won’t we always need this sort of person as an overseer in our city, Glaucon, if indeed its constitution is to be preserved?

For Plato, the gymnasium was a training ground to exercise the body and the soul. As Heather Reid explains, “since Plato believed that the soul is the origin of human movement, he concluded that moving the body can actually train the soul…Performance in athletic contests is, accordingly, an indicator of healthy souls, and is used in [the] Republic to select who will receive higher education and become philosopher-rulers (537bc).”  Socrates reference to always needing ‘this sort of person as an “overseer” in our city’ is an example of the ideal soulful leaders who trains in gymnastics and the arts. And the training place for this was the gymnasium.

Of course, the virtue Socrates promotes is a quality of the psychē, a word usually translated as ‘soul’ but denoting the entire incorporeal dimension of the human being, including our modern conceptions of mind, spirit, even emotions. Although we now tend to associate athletics and gymnasia with the body, ancient Greeks generally believed that movement originates in the soul. In Homer, the psychē was life itself and the word for body, soma, signified a corpse, i.e. a body lacking in movement because its psychē had escaped it at death. (Note: Reid, Heather L.. Athletics and Philosophy in the Ancient World (Ethics and Sport) (p. 44). Taylor and Francis. Kindle Edition.)