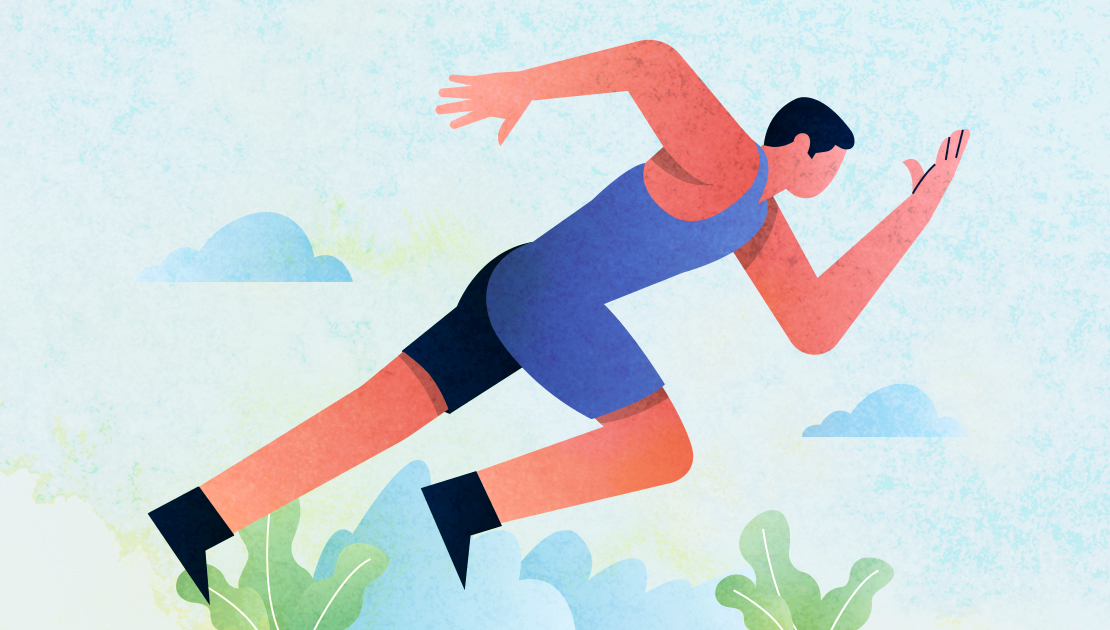 “No citizen has a right to be an amateur in the matter of physical training. (…) What a disgrace it is for a man to grow old without ever seeing the beauty and strength of which his body is capable.”– Socrates, (Xenophon’s Memoirs 3.12.8)

How did the ancient athletes train to achieve this ideal of physical and moral excellence?

Even the Greek word for the training and exercises they performed explains how beauty was more than physical appearance. For the Greeks, ‘men were not born beautiful. They made themselves that way – in the gymnasium.”(Note: Spivey, Nigel. The Ancient Olympics (p. 53). Oxford University Press. Kindle Edition.) And the exercises they performed were called calisthenics: “beautiful strength.”

The Greek sophist Philostratus (170-250 AD) wrote a training manual and athletic history in about 220 AD called Gymnasticus, Latin for Gymnastike, exercise.  The book can be translated as On Exercise. His goal was to recapture the art of athletic training and reconnect with the glorious past of the ancient athletes and connect them with the imperial present of the Roman empire. Gymnasticus is the sole surviving ancient book on training and sports. According to the editors of the Loeb edition of this book, “it reshapes conventional ideas about the athletic body and expertise of the athletic trainer and also explores the history of the Olympic Games and other major Greek athletic festivals.”

Here is how Philostratus described the strength training of past Greek athletes:

Some trained themselves by carrying weights that were hard to lift, some by competing for speed with horses and hares, others by straightening or bending thick pieces of wrought iron, while some yoked themselves with powerful, wagon-drawing oxen, and others wrestled. (Note: Gymnasticus, Loeb P. 471)

The concept of progressive strength and resistance training was known to the ancient Greeks. Notice the reference to ‘weights’ and ‘iron.’  The ancient Greeks were one of the first civilizations to incorporate resistance equipment into their training. “Carrying weights that were hard to lift” included rudimentary equipment made of ‘iron’ and stone.  Janice Todd, professor of kinesiology and former record-setting powerlifter, notes the significance of the Greeks’ impact on modern weight training equipment:

Although the ancient Egyptians, the ancient Chinese, the ancient Indians, and many other early peoples practiced resistance exercise, credit has traditionally been given to the ancient Greeks for producing the forerunners of our modern weight training equipment. (Note: Jan Todd. “From Milo to Milo: A History of Barbells, Dumbells, and Indian Clubs“. Iron Games History 3 (6) 1995: 4-16

Before there were dumbbells and kettlebells the Greek created equipment known as halteres. These proto-dumbbells were used by athletes in competitions like the Olympic event of the long jump. “The spherical halter was made of stone and carved to fit the hand (see image below)” (Note: Ancient Greek Athletics, Miller, p.63) We have vases with pentathletes training with a discus and surrounded by jumpers carrying spherical halteres (figure 114, p64, Ancient Greek athletics).  Other vases show long jumpers in action carrying their halteres in flight. It was believed these halters aided the long jumper in gaining distance. The halteres were made to specification for each athlete.  Scholars believe they weighed between 1.5kgs to 2.5kgs but some were much heavier. (Note: Ancient Athletics, Miller p. 64).

These halteres were also used for strength-training exercises. According to Norman Gardiner, late classicist and author of Athletics of the Ancient World, “the writing of Antyllos described three different types of halteres exercises ‘bending and straightening the arms, an exercise which strengthen arms and shoulders, a lunging exercise with the halteres held at arm length in front of the torso; and an exercise in which the trunk is alternately bent and straightened.”  (Note: Jan Todd. “From Milo to Milo: A History of Barbells, Dumbells, and Indian Clubs“. Iron Games History 3 (6) 1995: 4-16)

In addition to what we would consider conventional weight training there is also evidence that the Greeks practiced strongman feats: demonstrating competitive strength in non-traditional ways. Archaeological evidence has uncovered two examples of extraordinary human strength in ancient Greece. In Olympia there was a red sandstone boulder discovered weighing 143 kg (315 lbs). The massive stone has the following inscription: “Bybon son of Phola, has lifted me over [his] head with one hand.” The stone has a carved-out section for a hand grip and is currently on display at the Archaeological Museum of Olympia. On the Greek island of Santorini (known as Therea in ancient times) a 480 kg (more than 1,000 lbs) volcanic block was found. It has an inscription from 500 BC that it was lifted by an anonymous strongman. It can be seen at the Archaeological Museum of Thera. (Note: Spivey, Nigel. The Ancient Olympics (pp. 61-62). Oxford University Press. Kindle Edition)

We also learn in this ancient manual of a four-day training cycle called the ‘tetrad system.’ This ancient forebearer of modern periodization training instructed training the athlete “systematically” in a ‘complete form of training”:

We take the tetrad system to be a circle of four days where the athlete does different things on different days. One of the days prepares the athlete, the next makes him exert himself, the next relaxes him, and the next steps him on a middle path.

The preparatory exercise is short and intense, consisting of a fast movement which arouses the athlete and makes him ready for the toil which is to follow, the intensive exercise is an irrefutable test of the strength of his constitution; the day of relaxation is a time for starting up his activity again in a moderate way; and the middling day teaches the athlete to flee from his opponent, and not to relax when his opponent is fleeing. (Note: Philostratus Gymnasticus 47, p481)

You see that modern-day practices like warming up (‘prepares the athlete’), training (‘exert himself’) and cooling down (‘relaxes him’) were all known to and advocated by the ancient Greeks. “The warm-up started with a massage, followed by gentle movements to boost blood flow and prepare the muscles for more intense exercise. What followed will be unfamiliar to modern exercisers: a rubdown with olive oil by a professional aleiptes [‘anointers’, ancient Greek athletic trainers who anointed athletes bodies with oil for muscle massages]. Oiling was an art because it played a critical role in sports such as wrestling, where a deft application could make it almost impossible for an opponent to perform a hold. To counteract the oiling, the athletes applied dust or sand.” (Note: (Greece Is ; articles and “Sports training of the Ancient Greeks” (in Greek) by Dimitris Komitoudis and Thomas Giannakis, Department of Physical Education and Athletics, University of Athens.)

Of course, gymnasium members did not need to rely only on equipment to become strong and healthy. In fact, ancient athletes and warriors often trained using only their body, either because of effectiveness or expediency (think training on the ancient battlefield). Our word for calisthenics comes from the Greek words kalos (beautiful) and stenos (strength).  For the Greeks strength meant not only physical but referred to strength of character as well. “Calisthenics is based on how ancient Greek warriors trained. It uses bodyweight exercises to maximize strength, flexibility, equilibrium and neuromuscular coordination. The result is incredible muscle control and the ability to pose in gravity-defying positions. (Note: BBC interview with Angelos Andriotis founder of International Calisthenics Academy.+ add url)

The Greeks also incorporated running exercises to complement the bodyweight training of the calisthenics. Lucian, the Assyrian writer from our opening epigraph, explains their creative cardio techniques

We can train them to be good runners, accustoming them to endure for long distances and making them fastest in short races. The running is not done on hard, resistant ground, but in deep sand, where it is not easy to plant the foot solidly or get a grip with it since it slips away from underneath the foot; we also train them to jump over a ditch, if necessary, or some other obstacle carry lead weights [the proto-dumbbells halteres, we explained above] that are as large as they can hold. (Anacharsis 27) (Note: as translated in The Victor’s Crown, David Potter, p. 147)

In addition to high-resistance running in sand, and jumping over ditches with dumbbells, we also see swimming being used to improve aerobic performance. Philostratus explains how an athlete “used to swim around the headlands of the islands and his arms carried him great distances through the sea, training both his body and themselves.” (Note: Philostratus 43, p 473)

“A variety of jumps are also described, while upper body strength was cultivated using rope climbing and other instruments.  In addition to repetitive exercises, training also encompassed daily physical activities believed to enhance conditioning, such as digging, horse riding, walking, hunting and fishing.”