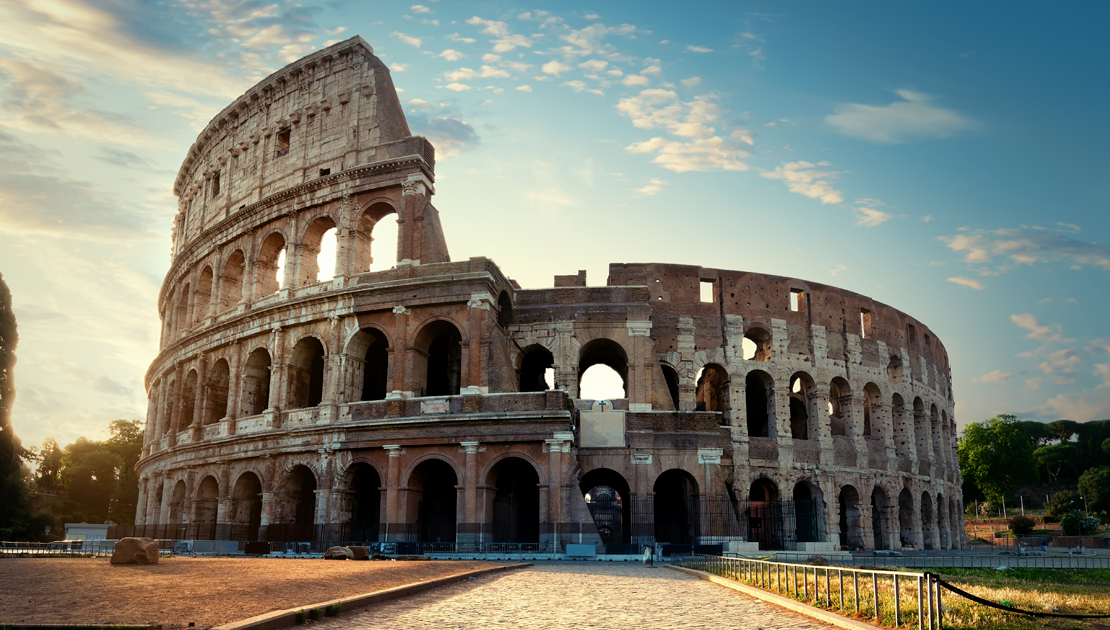 The Place of Nude Exercise

Why do your young men behave like this, Solon?

Some of them grappling and tripping each other, some throttling, struggling, intertwining in the clay like so many pigs wallowing…they put down their heads and begin to push, and crash their foreheads together like a pair of rival rams. There, look! that one has lifted the other right off his legs, and dropped him on the ground; now he has fallen on top, and will not let him get his head up, but presses it down into the clay;

…Now I want to know what is the good of it all. To me it looks more like madness than anything else. It will not be very easy to convince me that people who behave like this are not wrong in their heads.

But would you mind giving a name to all this? What are we to say they are doing

So. The place is called a gymnasium.

Note Lucian’s Anacharsis 1–5, 7; The Works of Lucian of Samosata.

The First Training Centers for Exercising Body and Soul

Where did the ancient Greek athletes train?

Can we modern corporate athletes learn from this ancient training experience? Surely without our modern equipment and training protocols these ancient athletes’ experience can’t be too revealing.
Surprisingly, looking back to history’s original athletes and specifically how they trained, reveals unique lessons in high-performance and health.

Our modern word of gym is an abbreviated form of the original ancient Greek word gymansion , Latinized as gymnasium. As in athletes and agones from our previous chapter, the word gymnasion is a combination of multiple Greek words. Gymnos means nude while gymnazein translates as to exercise nude. The combination creates the words gymasion: ‘’the place of nude exercise.” We use ‘nude’ here instead of ‘naked’ intentionally. “I assume that to be nude is to be bereft of clothes, whereas to be naked is to be ashamed of this fact,” explains Daniel Dombrowski, the author of Contemporary Athletics and the Ancient Greek Ideals . ( Note : Dombrowski, Daniel A.. Contemporary Athletics and Ancient Greek Ideals (p. 15). University of Chicago Press. Kindle Edition.) There was no shame for the Greeks to exercise and compete in the nude.

The concept of the gymnasium evolved from a training facility for Greek male citizen soldiers to an educational institution where athletics, arts and philosophy were taught to train the citizen-leaders of the city-state (polis). In fact, the Greeks saw it as their civic duty to attend and participate in their local gymnasium.

Why should this matter to us?

The Greek’s integrated approach to training their body, mind and soul is a great template for us to embrace as a concept for our personal growth, for our struggles, in work and life.

The Greeks were unique among ancient societies in creating the gymnasium. The opening epigram speculates how strange an experience the activities of a gymanasium must have been for non- Greeks. The Assyryian writer Lucian (c. 125 180 AD) wrote satire for Greek elites in the 2d century AD of the Roman Empire. In his work Anarcharis , he writes of an imaginary conversation between the Solon of Athens, a legendary statesman from 6th century BC and Anarcharsis from Scythia (what would be now modern-day Russia and Ukraine). We don’t know who Anaracharsis was but being from Scythia would have marked his as a ‘barbarian’: someone who didn’t speak Greek. Anaarcharsis looks on in surprise at the strange activities going on at a Greek gymnasium. It looks like ‘madness’ seeing young men “throttling, struggling, intertwining in the clay like so many pigs wallowing…they put down their heads and begin to push, and crash their foreheads together like a pair of rival rams.” When asked to describe what he is seeing, Solon tells him it’s a gymnasium.

Ancient Greek gymnasiums were state-sponsored institutions which served multiple purposes. Gymnasiums were made as fit-for-purpose for the needs of the Greek city-state, the polis. “Training facilities and professional trainers were provided by the city – for ordinary citizens as well as for champion athletes.”( Note: Greece Is article and “Sports training of the Ancient Greeks” (in Greek) by Dimitris Komitoudis and Thomas Giannakis, Department of Physical Education and Athletics, University of Athens.)

As the civic needs of the polis evolved so did the use and structure of the gymnasium change. Military preparedness, physical training, practice in various sports, recreation and later intellectual and artistic pursuits (philosophy, music, and literature) were all aspects of the purpose of the gymnasium.

The gymnasium was a very substantial structure: a complex of buildings and open spaces. In fact, it can be considered history’s first multi-use training facility. Although the first gymnasia were created around the time of when the circuit of the four athletic festivals were established (7th century BC), historians believe the main driving force came from military needs.

At first, the aristocratic elite dominated the make-up of city-states military. When they lost this predominance, city leaders were faced with the problem of training citizens to develop military skills and overall fitness to be members of their phalanx, the mass formation of heavy infantry soldiers that protected each city.

When the nobility lost its military predominance and near-monopoly to the massed infantry phalanx, the community was faced for the first time with the problem of training a proportion of its young men in the requisite military skills, and of keeping them fit for service after the initial training period. “Wrestling, boxing, running, javelin-throwing, the pankration and the rest were all easily conceived as ideal ways of preparing young men for armed hand-to-hand combat.” Not surprisingly, the only city-state who found gymnasia unnecessary was Sparta. Military training was a mandatory part of all Spartan male citizens from the age of 7 onwards. But for all other city-states, the gymnasium was a fixed feature of their society, “and, so long as these cities remained independent political units with their own armies, the military side remained important.” ( Note : Finley, M. I.; Pleket, H. W.. The Olympic Games: The First Thousand Years . Dover Publications. Kindle Edition. Chapter 7)

There were two buildings which served the training needs of the ancient athletes: the gymnasion (gymnasium) and the palaistra . Each of these buildings actually had their own function but the ancient Greeks used one word – the gymnasium – to represent both. Where the gymnasium held what we would now call track and field events, “ palaistra derives from the Greek word for wrestling – pale – and it was the location of all the combat sports training: wrestling, boxing and pankration.” ( Note: Spivey, Nigel. The Ancient Olympics (p. 32). Oxford University Press. Kindle Edition.)

“A fairly basic gymnasium of the fifth or fourth century had two running tracks, one enclosed and one in the open, where all the track-and-field events were practiced.” The palaistra was a rectangular structure with an interior courtyard. “The courtyard was surrounded by a colonnade that provided shade, seating and corridor access to meeting rooms, hot and cold bathing rooms, and rooms where athletes changed, prepared themselves and were rubbed down with oil and cleaned after exercising.” ( Note : Waterfield, Robin. Olympia (The Landmark Library) (p. 60). Head of Zeus. Kindle Edition.). The open courtyard was called a skamma . Here is where all the training for the combat sports took place: drills, lessons and finally sparring. The athletes prepared the training ground themselves and warmed up at the same time using pickaxes. ( Note : Spivey, Nigel. The Ancient Olympics (p. 39). Oxford University Press. Kindle Edition).

“The gymnasium at Olympia had nineteen such rooms. A gymnasium was, in other words, a very substantial structure, and often one of the most splendid buildings in  town.” ( Note: Waterfield ,Robin. Olympia (The Landmark Library) (p. 60). Head of Zeus. Kindle Edition.)