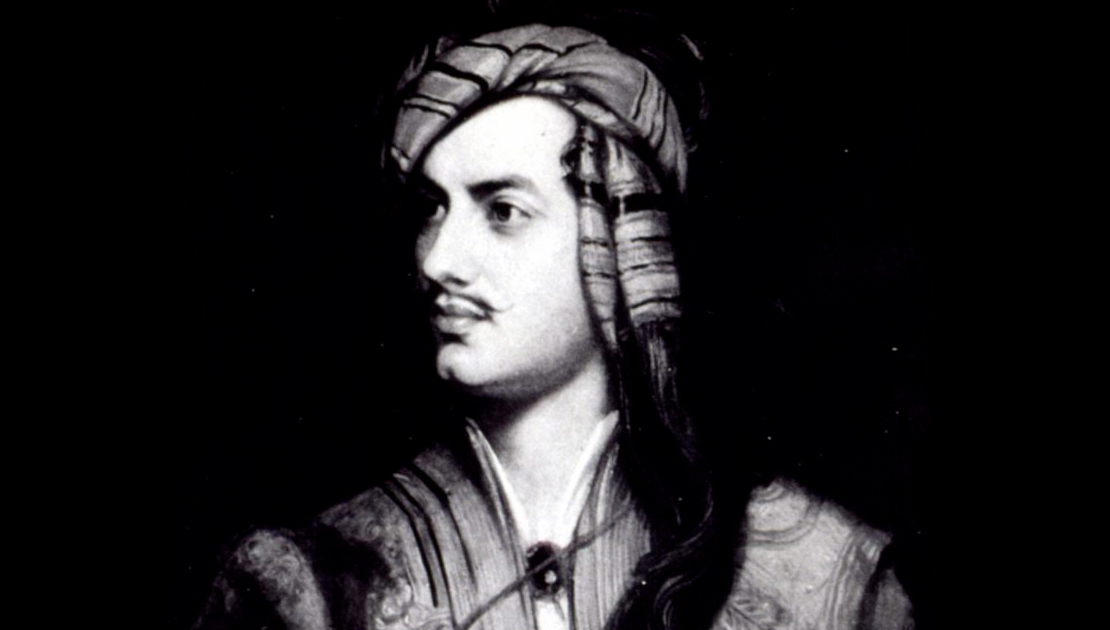 Greatness lies not in being strong, but in the right using of strength; and strength is not used rightly when it serves only to carry a man above his fellows for his own solitary glory. He is the greatest whose strength carries up the most hearts by the attraction of his own. ~ Henry Ward Beecher (1813 –1887)

Welcome to part 2 of the Great and Good series.

We are examining what is the ideal form of leadership.

In part 1, we began by debunking some of the conventional wisdom of what makes a Great leader.

In this post, part 2, we will be looking at the ideal elements of a complete leader: high achievement and high character.

To better understand this concept, I’ve got to first introduce you to a British poet from the 19th century.

I’ve traveled to Greece many times in my life. As the son of Greek immigrants, and with grandparents, aunts, uncles and cousins living in Greece it was a natural destination for family and personal trips. My trips were usually in the summer, Christmas or Easter – the most important holiday for Orthodox Christians. But several years ago I was in Greece for the first time during Greek Independence Day, 25 March. This the Greek version of 4th of July, where they honor their independence from the Ottoman Empire and celebrate the finding of modern Greece, in 1821.

It was great seeing the annual Independence Day parade in Athens, visiting the tomb of the unknown soldier and touring the National Historic Museum.  To provide some historical context for my journey I had David Brewer’s book The Greek War of Independence, as my companion. Reading this excellent book put into perspective the Greek struggle to break free from centuries of Ottoman oppression.

Providence has nothing good or high in store for one who does not resolutely aim as something high or good. A purpose is the eternal condition of success. ~ T. T. Munger

I kept on coming across Lord Bryon’s name in the story. I knew some Greeks held the famous romantic English poet in high regard for his participation in the struggle for Hellenic independence. But I always thought it was a side story: the wealthy, philanderous English poet looking for adventure goes to Greece, after partying in Italy, only to meet disenchantment and finally death, by fever no less.

What Brewer explained, and other Greeks confirmed to me, is that Lord Bryon’s efforts to provide assistance to Greeks was no sideshow but a heroic symbol of ideals in action that helped put their cause on the international map.  Here is Brewer explaining Lord Byron’s role:

“Despite the critics, Bryron is primarily remembered with admiration as a poet of genius, with something approaching veneration as a symbol of high ideals, and with great affection as man: for his courage and his ironic slant on life, for his generosity to the grandest of causes and to the humblest of individuals, for the constant interplay of judgement and sympathy.”

More striking was the place that Byron achieved in Greek collective memory and history. Brewer explains this impact:

Providence has nothing good or high in store for one who does not resolutely aim as something high or good. A purpose is the eternal condition of success. ~ T. T. Munger

This epthet, megalos kai kalos, Great and Good, stuck with me.

To better understand this let’s further explore these two Greek words and why they serve as the true expression of excellent leadership.

Let’s look at the meaning of these words individually and how their combined usage forms a unique expression of the character and conduct of an individual.

Megalos is the Greek word for great, large and grand.

We see this word used in English in the formation of compound words like:

The second word in our leadership epithet is Kalos.

Beauty serves … to prepare the soul for …encounter with God. ~ Nicholas Arseniev

Kalos is another classical Greek word that means beauty. Beauty in this sense encompasses meanings of words such as good, moral, virtuous and noble. Kalos is the ideal of beauty in the physical and moral sense, especially as perceived by Greek philosophers. The famous Russian writer Dostoyevsky wisely observed, “Beauty will save the world.”  The book of Orthodox Christian wisdom – a collection of texts of spiritual masters from the 4th to the 15th century – is called Philokalia: love of the beautiful.

That is all you need

Megalos kai Kalos – Great and Good.  I kept on seeing this expression of “Great and Good” in my readings of accomplished leaders of character and competence.

Here is Frederick Douglas’ dedication to a monument honoring Lincoln in 1876:

“..there is little necessity on this occasion to speak at length and critically of this great and good man [my italics], and high mission in the world.”

Staying with the civil war period, author Alice Rains Trulock describes the famous former college professor who became the hero of the Battle of Gettysburg in a similar manner:

“Joshua L. Chamberlain was a great American hero and a genuinely good man.” – In the hands of providence,

In the area of statesmanship we see the observation of the character and conduct of the late UN Secretary General Dag Hammarskjold;

“The conviction when one has finished [Markings, Hammarskjold’s journal] is that one has had the privilege of being in contact with a great, good and lovable man” – WH Auden

Even when these words Great and Good are not used we still see the impact of the concept. Here is how the author and sports journalist Ralph Wiley summarized the life of the baseball legend Jackie Robinson:

“Jackie Robinson’s life was built around service to an idea, ideal, or a cause.  He was always at the service of something or someone: UCLA, the US Army, the Dodgers, the Republican Party, Branch Rickey, the NAACP. He was a champion that way to all people, not just blacks. Very few in history ever have had that.”

When we read that Jackie Robinson was a champion in selfless service of an ideal, or cause, we are really saying he was Great and Good.

Even a more mundane, recent example [Oct 2017] of leadership is revelatory. Sticking with baseball for a moment, I was reading recently about my beloved NY Mets. They just hired a new manager after a lackluster season below their high expectations. Here were the criteria they used to successfully complete their job search:

“Stressing their desire for a leader who had professional competence and personal excellence, Alderson said Callaway accepted the job after a three-hour lunch with Mets owner Fred Wilpon.

Professional competence and personal excellence are other ways to state Great and Good.

Lincoln, Chamberlain, Hammarskjold, Robinson.  You will probably agree these individuals are worthy of being called Great and Good. But you may be asking yourself this list should include those famed leaders in history who actually were called by the epithet ‘the Great.’  As I discussed in part 1, leaders who historians call ‘the Great’ usually fall short of this exalted epithet. Lord Acton reminds us that “very few great men are good men.”

Because most observers of historical or modern leadership don’t seriously take into consideration the character and ideals of the leader.

The ideal standard of leadership excellence – Great and Good – is one of extra-ordinary achievement but also of exalted character with high ideals.

Aim above morality. Be not simply good, but good for something. ~ Henry David Thoreau

We will explore how to achieve this high standard in the third and final part of this series. We will see the effective leader has to be adept at mastering tension: not one but two tensions.