Discovering the ‘Universal Logic of Strategy’ 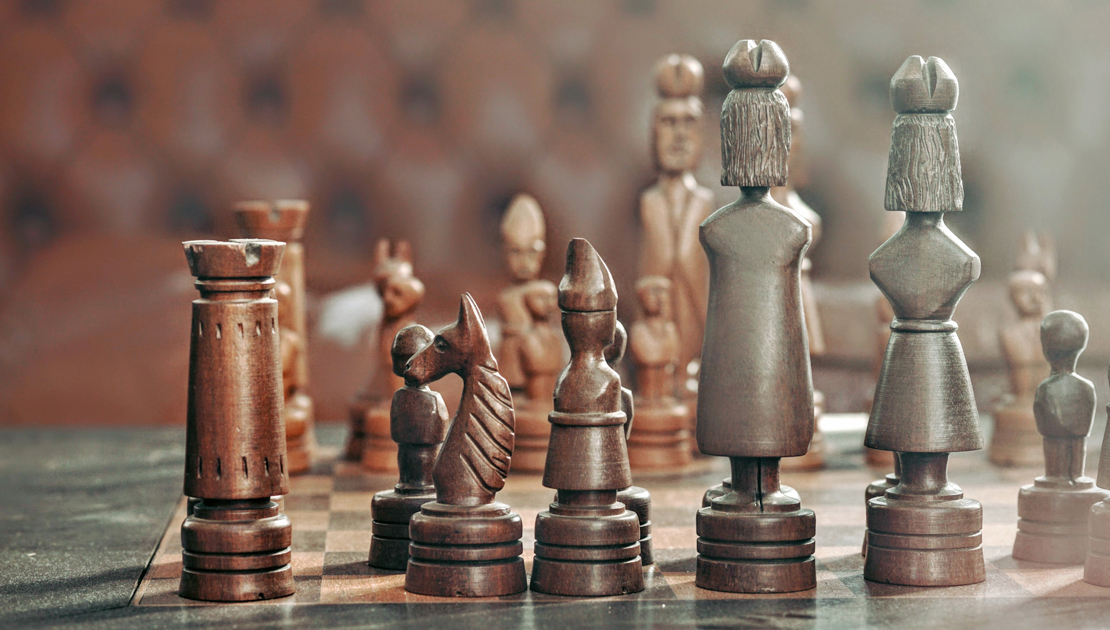 Leadership is more than just looking the part. Ultimately, you’ve got to get results. That’s what accomplishing the mission is all about. ~ Be, Know, Do: Leadership the Army Way

We can’t forget that ultimately leadership is about getting results. Regardless of your job title or industry you are being held accountable to accomplish the purpose of the organization.

To accomplish our mission we need to look to the world of strategy for guidance and inspiration. Luckily for us there is perennial strategic wisdom we can call upon, reference and incorporate into our leadership practice.

Is there a perennial approach to strategy?

“But war, though conditioned by the particular characteristics of states and their armed forces, must contain some more general – indeed, a universal – element with which every theorist ought above all to be concerned.” Clausewitz, On War

In the religions of the world there exists a common core of wisdom and even practices. Roger Walsh, in his book Essential Spirituality, explains to us that “scholars call the essential, common core of religious wisdom the perennial philosophy. Why perennial? Because these profound insights into life have endured across centuries and cultures and have been taught by the great sages of all times.”

Like in religion, the study and practice of strategy has ‘profound insights” that has “endured across centuries and cultures. This can be considered the “perennial wisdom” of strategy or the “universal logic of strategy.”

To accomplish your mission it’s best to begin with this perennial strategic wisdom. And to effectively learn this wisdom you need to look at the history of strategy and its’ strategic theorists. This means learning the lessons from the world of military and politics before business.

Strategy is a word from ancient Greece. In Greek, strategos means general and strategy became known as the art of the general. Lawrence Freedman in his book Strategy, A History, explains that reference to business strategy was rare before 1960. In the history of strategy we need to first learn from the military as this was the arena where strategy as a concept has its origins. This same concept is echoed in Robert Greene’s book The 33 Strategies of War. Both Freedman and Green cull the major lessons of strategy from history with a focus on the military and political spheres.

Where do we begin to glean this ‘universal logic of strategy?’

Colin S. Gray, professor of international relations and strategic studies, points the way for us. In his book Fighting Talk: Forty Maxims on War, Peace and Strategy, Gray guides us to focus on the most famous military theorists in history. In the book there is a chapter called: “If Thucydides, Sun-Tzu, and Clausewitz Did Not Say It, It Probably Is Not Worth Saying.”

“Despite great differences in style, Thucydides’ Peloponnesian War, Sun-Tzu’s Art of War, and Clausewitz’s On War compromise the essential trilogy for understanding strategy,” explains Professor Gray. “…this trilogy of classics contains all that one needs to know for a superior education in strategy.” These books can be considered the “strategic cannon” and “identifies the intellectual basis for a superior education in strategy.”

Why study these three theorists? Because, according to Gray “the most essential significance of the three strategic theorists … lies in the timelessness of their strategic ideas.” And as new strategists we need to learn and adapt these lessons: “..every generation can, and indeed must, adapt and interpret the thoughts in their writings to meet contemporary needs.”

The late Michael Handel, former Professor of Strategy at the US Naval War College, comes to a similar conclusion. In his book Masters of War: Classic Strategic Thought, he compares the works of Sun Tzu and Carl von Clausewtiz (along with several other theorists). He writes: “I assumed that these two great theorists of war represented what scholars traditionally held to be the radically different Eastern and Western approaches to the art of war. Yet after a careful study of these two ‘opposing paradigms’, I concluded that the basic logic of strategy, like that of political behavior, is universal.” [my emphasis]

Timeless strategic ideas: What do Sun Tzu and Clausewitz agree on?

“Imagine what it would be like if scientists, physicians, or even economists were to rely on a text written over 150, let alone 2,000, years ago as the most valuable source of instruction in their profession. Yet this is precisely the case in the study of war, a fact that is especially ironic because no other area of human activity …. has been so transformed by rapid technological advances.” – Michael Handel, Masters of War: Classic Strategic Thought

What are some of the elements of the “universal logic of strategy” according to Handel?

‘The primacy of policy’: war must be decided upon and directed by the political leadership

Handel summarizes these points by explaining “such insights into the fundamental logic of war were equally apparent to Sun Tzu, Thucydides, Machiavelli, Clausewtiz, and Jomini – as much as they ought to be to the leader of any tribe or state at war.”

This demonstrates conclusively that there is no fundamental difference in the Eastern and Western approaches to the art of war; indeed, that which influences attitudes on these subjects has less to do with unique ‘strategic cultures’ and more to do with material or tactical/operational developments. ~ Michael Handel

As you plan to accomplish your mission remember to begin with the ‘universal logic of strategy,’ the fundamental principles that form the basis of strategy throughout history.