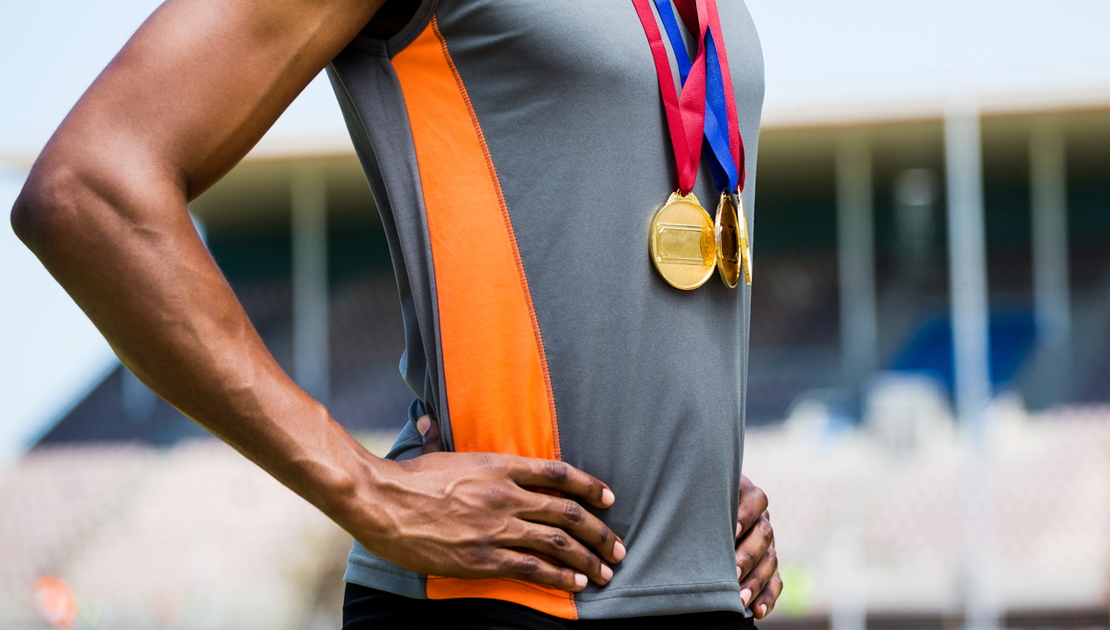 “He [Achilles] stood upright and spoke his word out among the Argives [Greeks]: Rise up, you who would endeavor to win this prize also.“
– Homer, Iliad (23.830-831, Lattimore translation)

What are the origins of Greek athletics?  The Greeks themselves considered the year 776 BC to be official start date of first Olympic games.  But the first mention of athletics in western literature was in Homer’s epic poems: The Iliad and The Odyssey. The 8th century BC may have seen the start of the religious and athletic festival at Olympia but at the same time the famous blind bard Homer was reciting the stories of Bronze Age Greek warrior-princes said to take place 500 years in the past.

The focus on the competitive capabilities of individuals striving for a prize starts with Homer. We will see that there were definite differences between Homer’s games and the Olympic games but also similarities.  In many ways, we who strive for the agonistic spirit must look to Homer’s athletes as the first inspiration for us to heed the call to ‘’rise up” and contest for the prize.

The first of Homer’s great epic poems is the Iliad. This is the story of the Trojan War. Here we read about an alliance of Greek cities attacking the city of Troy. It takes place in the final year of the 10 year war. We are introduced to the famous warriors and leaders from both sides: Agamemnon, the Greek’s leader; Meneleus, his brother, whose wife Helen was stolen and caused the war; Achilles, the greatest warrior of the Greeks; Odysseus, the king of Ithaca; Hector, the son of the Trojan king and their best warrior and Paris, Hector’s brother and Helen’s lover.

The warrior-leaders in the Iliad where all encouraged to compete and be the best. Homer writes in his classic poem “…he sent me to Troy, and urged upon me repeated injunctions, to be always among the bravest and hold my head above others,” (6.208). “And Peleus the aged was telling his own son Achilles, to be always the best in battle and preeminent above all others.”’ (11.784), Lattimore translations.

Donald G Kyle, historian and author of Sport and Spectacle in the Ancient World, explains how Homer’s warriors had a code of competitiveness and excellence in war and sport. “Homer’s epics endorse a warrior’s heroic or aristocratic code, an ideology of competitiveness, male virtue, and Greek ethnicity that dictated the values and etiquette of early Greek sport…To be recognized as a good man, an agathos, a man of worth, one had to demonstrate arete or special skill or excellence, most effectively in war but also in other areas such as hunting and sport.. Leaders were expected to be competitive, involved individuals rather than passive spectators. Aggression in war and competition in games externalized and embodied excellence, confirmed status, and brought honor.”

The Iliad has many themes such as rage, fate, honor, glory and hubris. For us the most insightful theme is the education of Achilles. Achilles is the central figure of the Iliad. He is the Greeks greatest warrior but he’s brash and stubborn. The Iliad begins with Achille’s rage or wrath, depending on the translation. He is so upset that Agamennon stole his prize, a girl named Bresis, that he basically sits out most of the action. It’s not until his beloved companion Patroclus is slain in battle that Achilles returns to help his fellow Greeks.  We see Achilles transform from an arrogant, selfish warrior to a magnanimous leader who reconciles his fellow Greeks by holding funeral games in honor of Patroclus.

It is in these funeral games – in the second to last chapter of the Iliad, 23 – that we discover the first athletic competitions. Homer was speaking to the leaders and elites of his day when he used athletic competition to illustrate an agnostic and heroic spirit. When Achilles, the organizer of the games, called to his fellow leaders – kings and princes – to ‘’rise up,” he expected them to participate, compete and struggle for the prize.

“But Achilles held the people there, and made them sit down in a wide assembly, and brought prizes for games out of his ships, cauldrons and tripods, and horses and mules and the powerful high heads of cattle and fair-girdled women and gray iron.” (23.260, Lattimore translation)

The emphasis on these prizes is very different than the Olympic games who focused on one prize only, for the first-place victor.

It seems Achilles was more focused on being a generous host and a reconciler of his formerly feuding Greeks. Achilles was a fitting host and a hero athletes can relate to. Professor Kyle reminds us of the connection: “Like some ancient (and modern) athletes, Achilles preferred a short glorious life to a long inglorious one.” FT. In one of the best lines of the Iliad Achilles says, “Now if we Achaians [Greeks] were contending for the sakes of some other hero, I myself should take the first prize to my shelter.” (23.274-275, Lattimore translation); meaning, Achilles would have kicked their butts if he was competing.

The funeral game contests were similar and different to the Olympic games. Achilles’ brothers-in-arms competed in a chariot race, foot race, wrestling, boxing, javelin and discus (weighted-iron throw). All of these events would be present at the games of Olympia. But there was also a gladiatorial duel where two participants (Ajax and Odysseus) were to fight with the winner first spilling the blood of the other. And finally a competition of archery, Achilles had a wild pigeon tied to one of the Greek ships’ mast and challenged the competitors to shoot at it.

We also see a former athletic champion and veteran show up in the Iliad. King Nestor of Pylos is one of the leaders of the Greek contingents fighting at Troy.  Although very old compared to the other leaders, Nestor’s is noted for his bravery, speaking ability and wise counsel. Too old to compete, Nestor understandably sits out the funeral games. Nevertheless, Achilles demonstrates respect for his elders by giving Nestor a prize.

“I give you this prize for the giving; since never again will you fight with your fists nor wrestle, nor enter again the field for the spear-throwing, nor race on your feet; since now the hardship of old age is upon you.” (23.620-623, Lattimore translation).

But Nestor is no ordinary bystander but a former champion himself. Nestor reflects on his past triumphs at a funeral game of a late king. “I wish I were young again and the strength still unshaken within me as once…Then there was no man like me.” (23.628-639, Lattimore translation). Nestor goes on to explain his past victories in boxing, wrestling, a foot-race and the spear throw (javelin). Only in the chariot-race did he lose. “This was I, once. Now it is for the young men to encounter in such actions, and for me to give way to the persuasion of gloomy old age. But once I shone among the young heroes.” (23.643-645, Lattimore translation)

Nestor is now content on accepting this honorary gift from Achilles. “I accept this from you gratefully, and my heart is happy that you have remembered me and my kindness, that I am not forgotten for the honor that should be my honor among the Achaians [Greeks].” (23.647-649).  Although he can’t compete personally, he advise his son Antilochos. Nestor’s excellence is now demonstrated as a coach and he competes vicariously through his son. The wily old agonstic champion advises his son how to win the chariot-race. He explains that the horse of his opponents are faster but that his son must be ‘’resourceful of skill.” This is especially true as the rider turns the post. “So, dear son, drive thoughtfully and be watchful.” (23.340).